Do you ever wonder why you do what you do?
Why others do what they do? HABIT

95% of everything that you think, feel, do and achieve is the result of habit.

The good news, if you change and replace your bad habit’s with good habit’s good things will happen in your life!

This process within our brains is a three-step loop.

Over time, this loop-cue, routine, reward – becomes more and more automatic. The cue and reward become intertwined until a powerful sense of anticipation and craving emerges. Eventually a habit is born.

The problem is that your brain can’t tell the difference between bad and good habits, and so if you have a bad one, it’s always lurking there, waiting for the right cues and rewards.

This explains why it’s so hard to create exercise habits., for instance or change what we eat. Once we develop a routine of sitting on the couch, rather than running, or snacking whenever we pass a doughnut box, those patterns always remain inside our heads.

By the same rule, though, if we learn to create new neurological routines that overpower those behaviors – if we take control of the habit loop-we then can force those bad tendencies into the background.

HOW TO CREATE NEW HABITS

Human psychology tells us that it is grounded in two basic rules.

Studies of people who have successfully started new exercise routines, for instance, show they are more likely to stick with a workout plan if they choose a specific cue, such as exercising as soon as they get home from work. Have a clear reward such as a snack or evening of guilt-free television.

We do know that for habits to permanently change, people must believe that change is feasible.

The evidence is clear: If you want to change a habit, you must find an alternative routine, and your odds of success go up dramatically when you commit to changing as part of a group.

The Framework for Change

“Habit my friend, is practice long pursued, that at last becomes the man himself.” 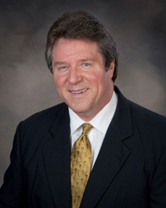 Blair Ball is a Social Media Coach, conducting one on one coaching, group workshops and SE0. Here is a schedule of his upcoming workshops.